Where is that RSA info from? Is it possible to decrypt the RSA block on DSi, or on 3DS, or both? Any hints how to do that? Are DSi and 3DS using the same RSA key?

The notice about keyX being same as for "Tad" sounds good... until one figures out that the "srl extract" utility contains only a normal "key" (not a keyX/Y pair), so decrypting isn't possible even when knowing keyY. Of course, whomever has found the normal key, should be also able to find the keyX/Y values, but I've no idea how that could be done (it will certainly not work with cooking coach which has all keyslots erased, so it might require main ram hacks in worst case).

4.1) Okay, decrypting the RSA stuff is possible, and it's just me not knowing how to. Are you saying that the RSA key is contained in the TWL_FIRM executable? So one could simply "copy/paste" it from the TWL_FIRM files? Or is the key elsewhere, and TWL_FIRM is just using it during boot? So one would need some exploit to hack TWL_FIRM during boot-up? Sorry, but I don't have a 3DS, and know absolutely nothing about that console.

5) Yeah, reversing KeyX without KeyY won't work (I can confirm that). If that Tad KeyX is one of the "known" DSi keys (those relocated from DSi BIOS ROM to TCM/WRAM during booting), then everything would be fine. And otherwise, one would need some 3DS exploit to get that DSi-key-stash... supposedly some special kernel exploit which isn't available to normal 3DS programmers?
PS. I've added some contact info on my wiki/user page (just in case) --Nocash 22:56, 14 April 2015 (CEST)

Yes, those two RSA pubks are stored in the TWL_FIRM Process9 binary itself. When one has TWL_FIRM decrypted one can just extract those keys from there. There's public exploit(s)+tools for that, including arm9hax which is required for dumping the DSi keys from 3DS ARM9 ITCM. The common tad-keyX is written to the AES engine keyslot for it by bootrom, AFAIK it doesn't get copied elsewhere(the keyY for it is copied to the keystorage area near the end of ARM7 memory, but of course that area gets cleared when games are booted). --Yellows8 20:34, 18 April 2015 (CEST) 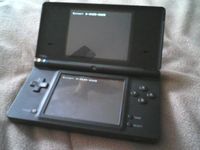 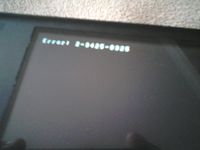 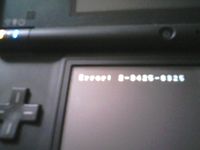